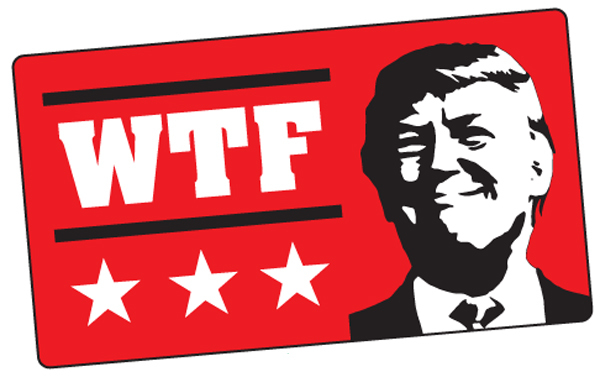 It's far past time now. You either have morals or you support Trump. It's impossible to do both.

For all of you Republicans out there who aren’t full-on racists and Islamaphobes that still support Trump… what the fuck are you thinking?

He’s once again showing that he’s a terrible person. His actions over the past several days (and last several years, really) is beyond belief. He’s so off the rails that the saying “If this had happened under any other presidency…” has become pointless. We’ve heard it so many times that it just falls flat anymore. So now a president telling four dark skinned female members of Congress to go back to where they came from is just par for the course. It’s ridiculous that we hear this and, instead of being outraged, we just accept it and think, “Yeah, that makes sense. Definitely sounds like something that the PRESIDENT OF THE UNITED STATES would say.”

This is just a continuation, though, of past behaviors. For example, anytime there is a tragedy that happens to people of color he either says nothing at all or puts out a bland statement offering condolences then goes off on rants about other topics. When it’s a person of color who commits the crime this joker raves for days about the need for walls and banning people from entering the country and all his other fear mongering nonsense.

This is not how a leader is supposed to act. This is not what our nation should represent. This is some seriously fucked up stuff, and it pains me that so many good people ignore it.

Is your political party really more important than your country? Is this really the legacy you want to leave for all time? Is this the way you want the people of this country to behave?

It’s time. It’s time for Republicans to stand up and say that this is not the actions you support. Abandon the lunatic and demand a new candidate.

You’re better than this, and you know it.